Jump to content
Chod's Cheats Giveaway
Due to some changes all users hwid's need a reset. You can do a reset in the member area! If you have no warning in the client you do not have to do a reset! 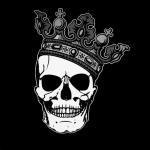